Family and Farming Since 1971 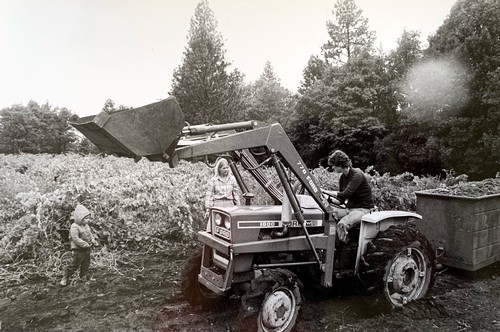 When Bob first came to the property he just knew...

Bob Brakesman purchased the 28 acres of what would become Summit Lake Vineyards & Winery.

The year was spent clearing out the "Old Zin" blocks on the property and pruning them back.

Bob and Sue's Daughter Heather is born, in the middle of harvest.

Our very first vintage of "Home Wine" harvested and crushed in the old root cellar under the house, by friends and family of Bob and Sue. Our first acre of Cabernet Sauvignon was grafted and planted on the estate by Bob and Sue.

Our first two acres of Zinfandel was hand grafted and planted by Bob and Sue on the estate, using budwood from the Old Vines.

Bob and Sue's son Brian is born in October, in the middle of harvest.

Bob and Sue's son Danny is born in September, right in the beginning of harvest.

Bob kept the Cabernet Sauvignon seperate to make one of the first "single varietal" wines for Summit Lake Vineyards.

The Brakesmans name and release their Cabernet Sauvignon for Emily Kestrel, their first granddaughter.

Our first vintage of "Port" was harvested on the property in late November.

The second granddaughter, Clair Riley is born and the Brakesmans name the "Clair Riley's Pirate Reserve" Zinfandel Port for her.

Our last vintage of wines produced off of the Old Vine Zinfandel was used to make the 2nd vintage of Port.

1/3 of an acre of Petite Sirah was planted behind the winery.

Sue Brakesman passes away, leaving a crossroads for the Brakesman Family. Heather comes on in December to work full time with her Dad at the winery.

The first Boys Blend Red Wine is made in honor of the grandsons of the family, Ben Brakesman (Brian's Son) and Shane Brakesman (Danny's Son).

Challenging the "norms" of winemaking again, we produced our very first sparkling wine, a beautiful Sparkling Rose of Zinfandel. 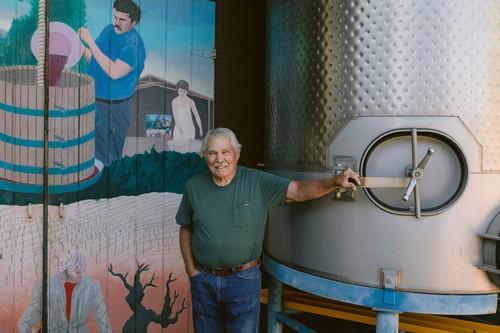